When cats need serious surgery, they're generally placed under general anesthesia. However, unlike humans, intubation is often an optional choice for pet parents to make. Intubation provides definite benefits to cats who are undergoing major surgery, but it's still ultimately the pet parent's decision to make. If you're wondering if you should pay for your cat to be intubated during surgery, here's what you need to know.

What Intubation Is Good For

When cats are placed under general anesthesia, it can have an effect on breathing. Breathing can become slowed, labored, or possibly even stop entirely during the surgical process. In these scenarios, veterinarians will work to boost a cat's respiratory rate. If a cat stops breathing entirely, vets will take steps to reboot the cat's breathing by performing CPR. However, when a loss of oxygen is combined with the trauma of surgery, it can potentially have fatal results.

Intubation bypasses this problem by providing oxygen directly to the lungs by placing a tube down your cat's windpipe that feeds in air. Cats don't have to inhale to benefit; an automatic ventilation machine takes over, allowing your cat to breathe even if their autonomic processes temporarily fail due to general anesthesia.

It's possible for any cat to potentially experience breathing problems while under anesthesia, especially with a lengthy procedure. However, some cats are more likely to have issues than others.

If your cat has any sort of pre-existing breathing problem, like asthma, pneumonia, a lung infection, or even allergies, they're far more likely to experience breathing problems under anesthesia. In addition, cats that are severely overweight may experience an airway collapse while unconscious. If your cat has any of these problems, skipping intubation during anesthesia could potentially be lethal.

Consult With Your Vet

The surest way to determine if your cat should be intubated is to have a consultation with veterinarian surgical services. Keep in mind that your vet won't suggest intubation in order to make a profit; they will only do so if they believe that your cat actually needs it. If your cat's medical procedure has a high likelihood of breathing problems, they may suggest it, even if your cat doesn't have any medical conditions that increase their likelihood of having difficulty breathing.

No matter what the procedure is, if your kitty needs general anesthesia, signing up for intubation is a good idea. You can rest easier knowing that your cat's breathing will be protected while they're unconscious. If you're not sure whether or not your cat is at risk of breathing impairment, talk to your vet to find out for sure. 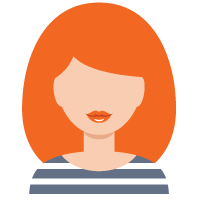 Hello, my name is Molly Hyde. Welcome to my website about veterinarian services. When my pup hurt her front foot, I tried to initially treat it at home. The next day, however, I noticed that she was still limping, so I called the vet. My dog’s veterinarian assessed her condition and performed diagnostic tests to determine the cause of the limp. My dog received the best quality of care while at the vet’s office. On this site, I will talk about the various ways vets diagnose and treat injuries in dogs. Please feel free to stop by daily to learn more about veterinary services for dogs. Thank you.

Dogs can suffer from anxiety for a number of diffe …

If you have ever had a toothache, you then underst …

When the winter season rolls around, it is importa …

Many people know that cats have a tendency to beco …